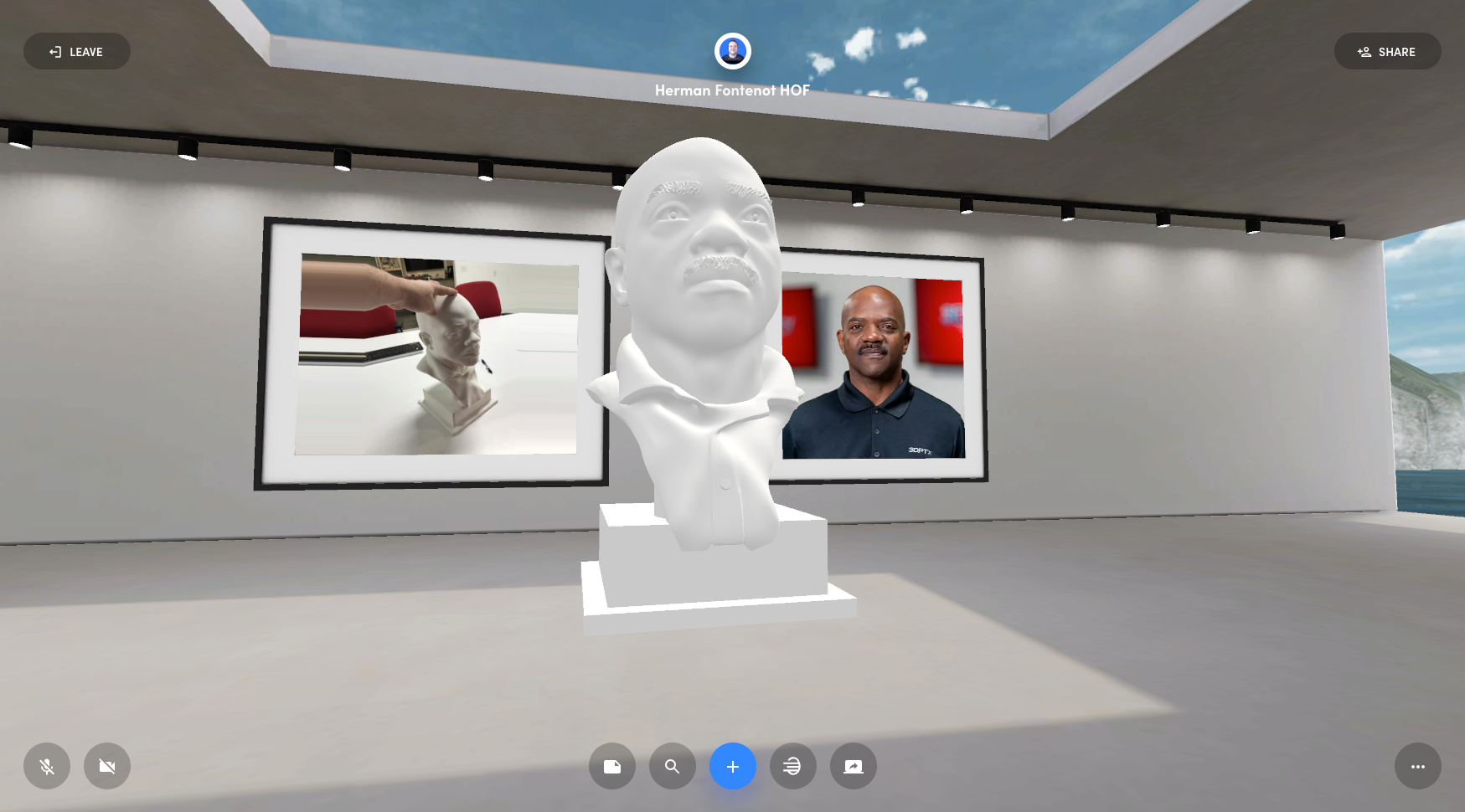 Several years ago I was lucky enough to meet Herman Fontenot. A great human being and a former NFL running back. I remembered his career and it is strange to meet a guy now in his 50s who used to be on the biggest stages of the world. I haven't met many NFL players in my life but I bet he grows tired of talking about his career. Strange to be known for something you did in your twenties and that be a big part of your identity for the rest of your life.

Well, Herman worked at the best 3D printing company in the world. 3D Print Texas was the absolute premiere facility with amazing employees and processes to deliver high end work to their customers. I was lucky to meet and work with these guys on a number of projects.

Herman had the idea to create Hall of Fame-type busts of ex-athletes that would be used at university alumni facilities to help recruit new players to their school. You see, everyone wants to be immortalized but the fact is those Hall of Fame busts in Canton are very very expensive and quite exclusive.

Herman's idea was to take 3D scanning technology that was easily available, clean up the 3D model, print out a bust on a large scale, and get it bronzed through a traditional process (they've been bronzing baby shoes for a hundred years).

At the time, an expensive hand scanner was used but these scanners are almost completely replaced by the same technology you can find on a modern iPhone. LiDAR scanning is in the palm of anyones hands and there are a variety of 3D apps that do a tremendous job. 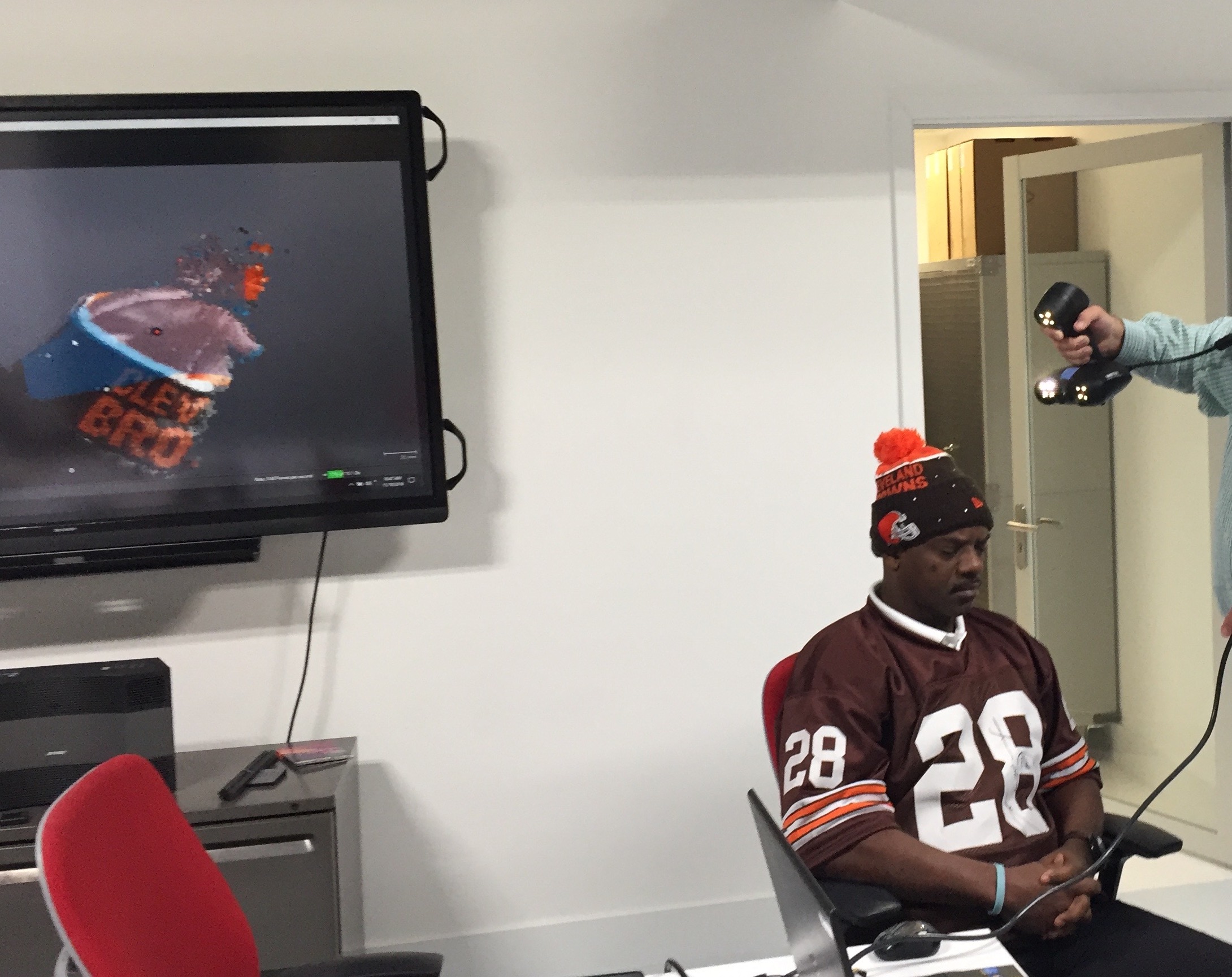 Next up was the clean up process for the 3D model. Basically deepening grooves, eyebrow cleanup, and adding the head to a pedestal.

Once the model is cleaned up, it can be prepared for printing. Here is a big bust of Herman. 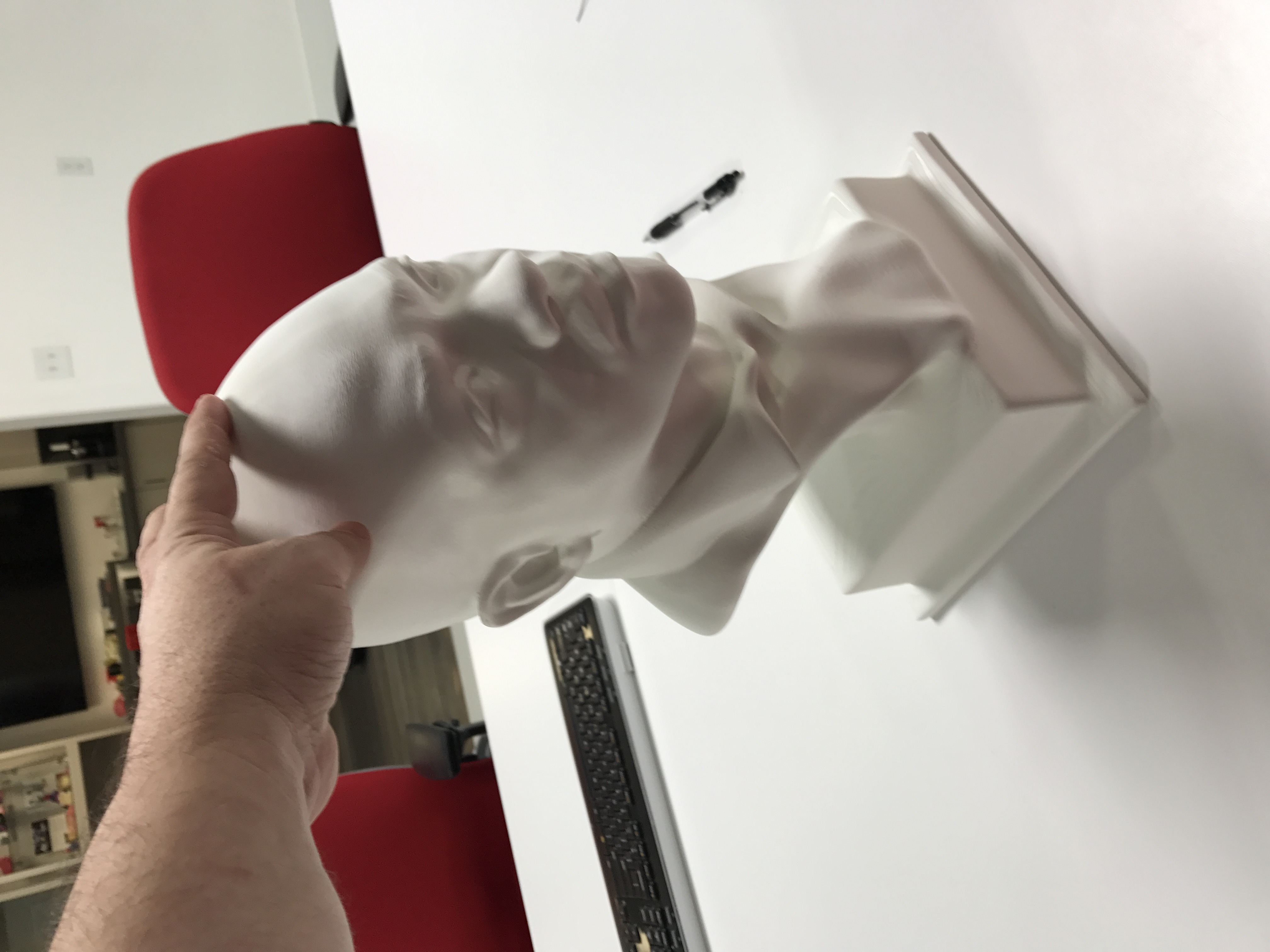 Taking that bust and bronzing is the next step. 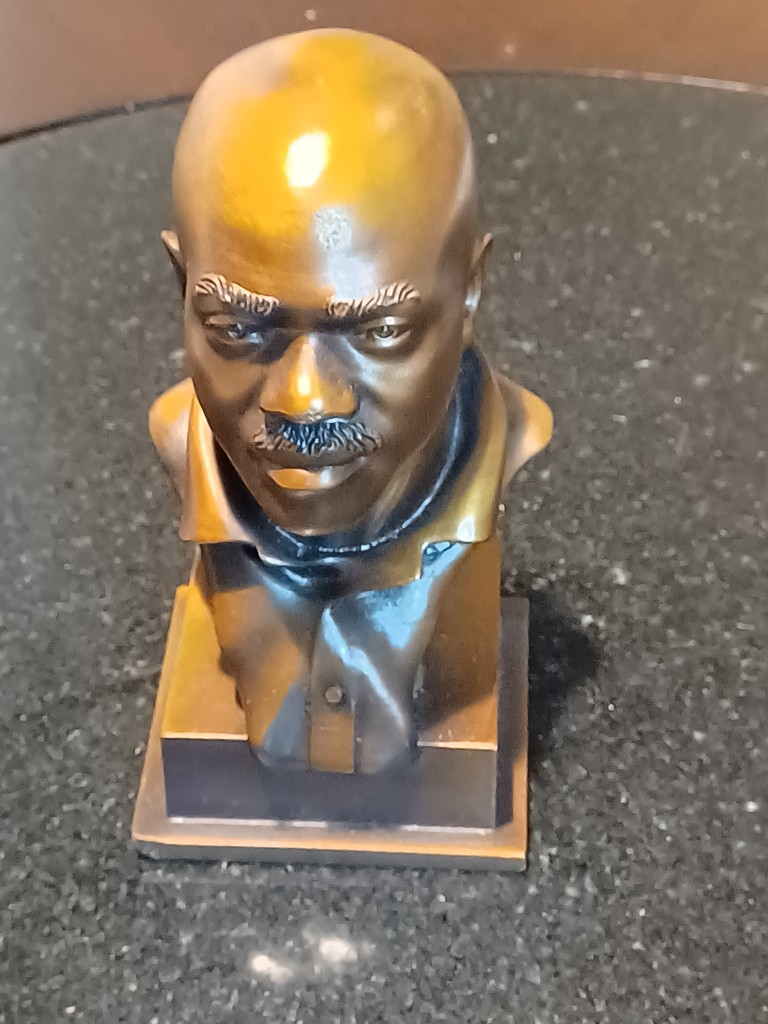 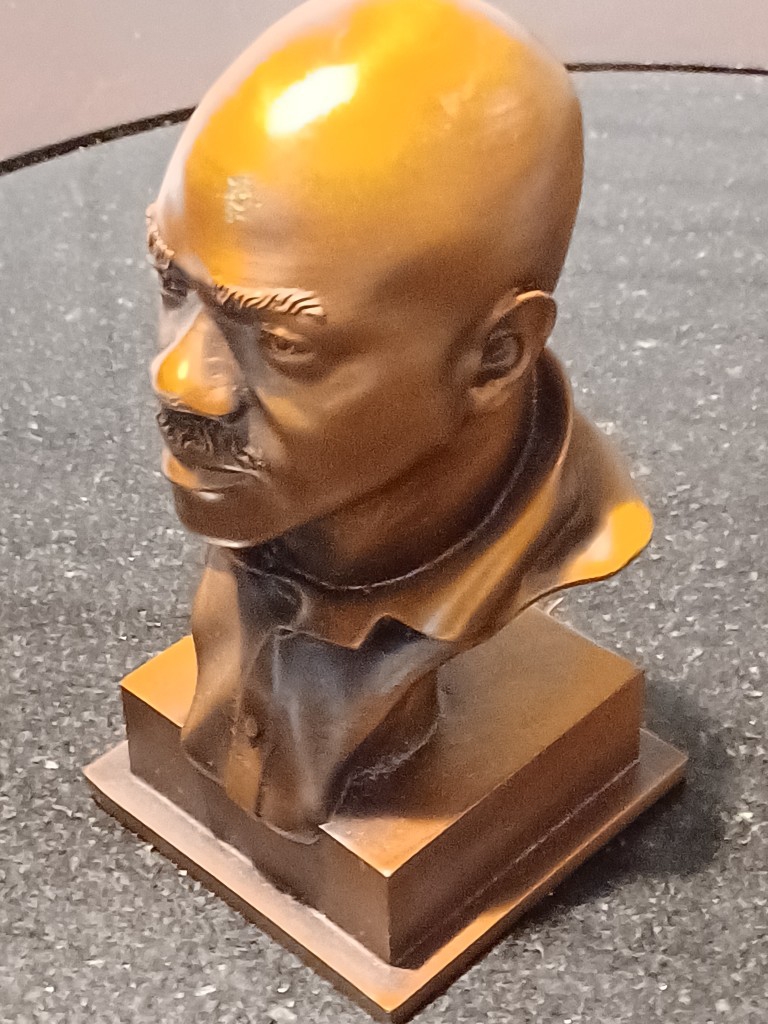 Why is any of this important? Well, it really gets into the costs and time it requires to make such a bust. The Hall of Fame sculptor takes months and has the player sit for hours and hours of sessions. The costs go into the hundreds of thousands of dollars and are cost ineffective.

But with remote scanning, 3D model cleanup, printing and bronzing, the process can be reduced to a week for less than $10,000. The real magic comes when you have that 3D model and can use it in a variety of different scenarios.

For instance, in VR or AR. The video you see above is an actual VR experience that shows off the capability of reusing 3D busts that can be created in very short order. So you can take care of alumni who visit your campus with a physical bust, but also have that same model to use in your virtual alumni center which caters to folks who can't get to campus. Step into it yourself. It works.

I hope Herman gives me a call and we go do this.